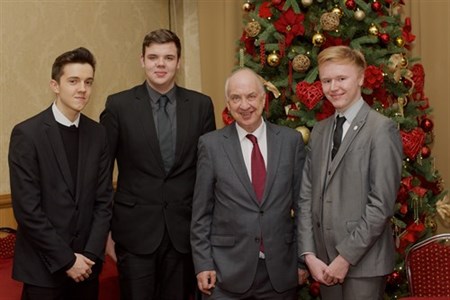 There is to be an election for sixteen new Youth Commissioners in the West Midlands.

The young people will be voted for by their peers and will represent them over a 2 year term.

The Youth Commissioners must be aged 18 and under. Their job is to advise the Police and Crime Commissioner on issues affecting children and teenagers.

As well as speaking directly to the PCC the unpaid Youth Commissioners will liaise with police officers and decision makers about crime, justice and victim services.

“It is their responsibility to keep me up to speed with the views, concerns and worries of young people.

People will then have two weeks to vote for their chosen candidate online and in person with the voting period starting on 2nd October and closing on 16th October.

The results will be declared on 17th October.

Schools and youth clubs will help promote the elections.

If anyone wants to be a Youth Commissioner and they are aged under 18 then they can fill out a form on the PCC’s website before submitting it.

“The role really empowers young people to challenge our police service and to stand up to those around them.

There will be two Youth Commissioners for each of the following policing units: