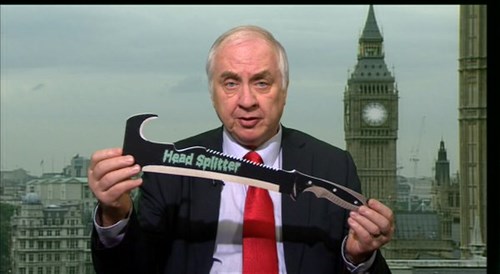 David Jamieson’s campaign to ban the sale of ‘zombie knives’ has been successful – with a change to the law passing through Parliament earlier than expected on Monday July 18. The change means anyone who manufactures, sells, hires, imports or lends a ‘zombie knife’ is now committing a crime and faces six months behind bars and/or a fine.

During the Second Delegated Legislation Committee, it was said there had been a ‘groundswell of revulsion and disgust’ at the weapons and their availability.

The West Midlands Police and Crime Commissioner has been campaigning for a year to ban the sale of the brutal blades, which can be up to 2ft long and have names such as Apocalypse Head Decapitator and Death Dagger.

On July 18 – 24 hours earlier than first expected – a new law passed through Parliament via Statutory Instrument adding the weapons to Section 141 of the Criminal Justice Act 1988.

West Midlands Police and Crime Commissioner David Jamieson  said: “This is a real achievement and shows what powerful changes PCCs can make.

“Our streets will be safer following this change in the law. With names such as Head Splitter and Death Dagger, no sensible person wants to see ‘zombie knives’ in circulation and now, after a year of hard work, we will finally see them banned once and for all.

“Strong and swift action here means the sale and importation of these weapons has been outlawed before they became a widespread problem. I am proud of this achievement and welcome the change to the law wholeheartedly.”

During his campaign, the Commissioner met with former Shadow Policing Minister Jack Dromey and Home Office Minister Karen Bradley MP and in Westminster, pointing out the dangers of ‘zombie knives’ and their growing prevalence on the streets.  He also wrote to then-Home Secretary Theresa May and Amazon UK CEO Chris North, which resulted in security being tightened on the website. Questions were also tabled in Parliament by local West Midlands MP Ian Austin in February 2016.

During the committee, Opposition Frontbencher Carolyn Harris said: “We all take great pride in this victory as the Labour PCC for the West Midlands David Jamieson has campaigned for them to be outlawed for some considerable time.

“‘Zombie knives’ are sold as collectors’ items but are predominately used by streets gangs. No reasonable person wants them available to the public.”

The committee also mentioned the death of 18-year-old Stefan Appleton, who was stabbed in the chest and leg with a ‘Zombie Killer’ machete in a London park. Seventeen-year-old Blaise Lewinson is now serving a minimum of nine years for manslaughter.

Home Office Minister Sarah Newton said: “The crimes in my portfolio are way too important for party politics so I would also like to pay tribute to the PCC for the West Midlands in his campaign to have ‘zombie knives’ prohibited.

“I know many members of parliament wrote to my predecessor in this post, as did members of the public, so there has been a groundswell of revulsion and disgust at how easily available these weapons are.”

Following Mr Jamieson’s visit to Westminster earlier this year, Prime Minister Theresa May said of ‘zombie knives’: “There can be no legitimate reason for anybody to need one of these.” 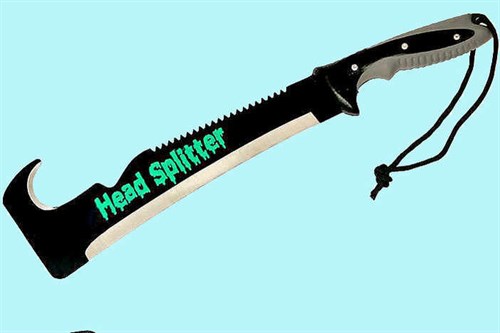 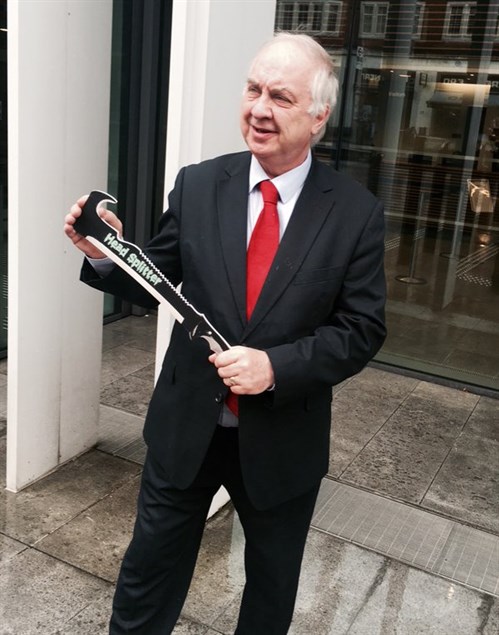 January 2016: The PCC calls on the Home Secretary and the boss of Amazon UK to ban their sale. 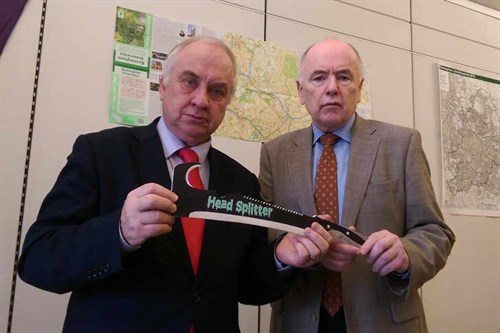 February 2016: The campaign heads to London and cross-party support is achieved.