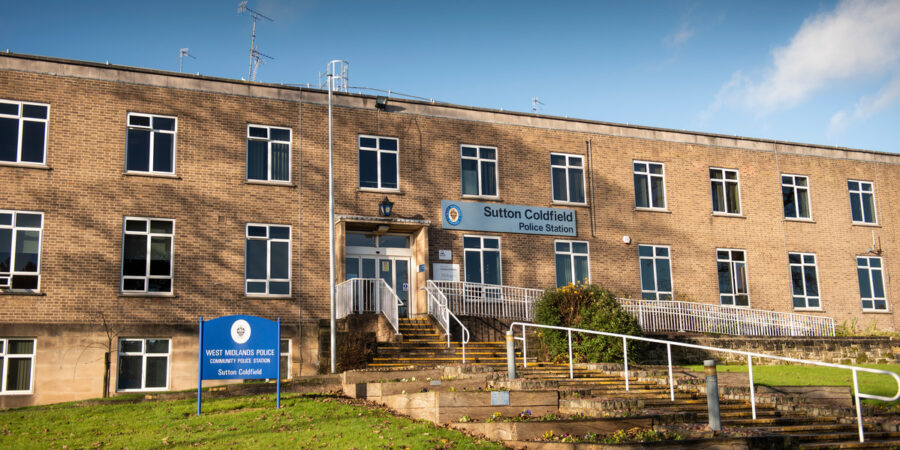 Today the West Midlands Police and Crime Commissioner has issued fresh calls on the Government and to the Metro Mayor Andy Street to support his proposals to move civil servants into underused police buildings in the region.

The move comes as the PCC David Jamieson received a response to a letter he sent to the government calling on them to move London government jobs to the West Midlands, utilising spare space in police buidlings.

Mr Jamieson believes that by co-locating civil servants in underused police stations, it will make the buildings more viable and would help footfall in struggling town centres. Under his proposals, buildings across the West Midlands would be assessed for their suitability for co-location – including the two of the largest sites being Solihull and Sutton Coldfield.

Many police buildings in the West Midlands have become underused due to the level of government cuts faced by the Force since 2010. In that time, £175m has been cut from the West Midlands Police budget which has led to 2,200 fewer officers on the streets. Even when taking into account the government’s “uplift programme” the local force is only due to get 1,200 officers back. This would mean that many buildings would still be under occupied and be costing the taxpayer a considerable sum to keep running.

By co-locating civil servants, as part of the Government’s plans to move more of the Civil Service out of the capital, which would bring high quality, well paid jobs to the region as well as helping to keep police stations open.

In his letter responding to the PCC, Cabinet Office Minister, Lord Agnew said that he plans were ‘at an early stage’ but that the Government were having regular discussions with the West Midlands Metro Mayor, Andy Street.

Now, David Jamieson is calling on the Mayor to join him in lobbying the government to utilise some of the current underused police estate for their levelling up programme.

The PCC said: “This is an excellent opportunity for politicians of all parties to get behind this call which will help to keep police buildings open which would otherwise be unviable.

“Getting these jobs out of London and into places like Solihull and Sutton Coldfield will not only bring high quality, well paid jobs to the region – but will help our high streets which have been struggling.

“I will be raising this with the Mayor personally and I hope that he will join me in making this case to government. I call on people of all parties and none to back these plans. They will be bring more well-paid jobs to the region, help our struggling high streets and support keeping police buildings open too.”